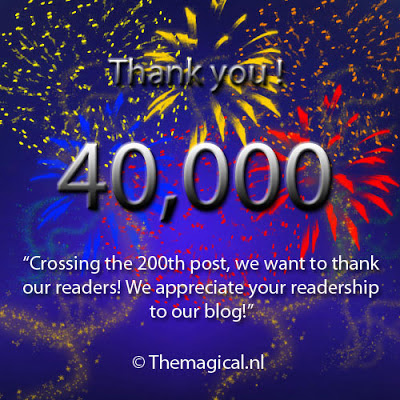 We want to "THANK YOU" our readers for reading Themagical's Official Blog!  We've crossed over today our 200th post!

We can't thank you enough for your readership to the blog and hearing your feedback on how we can 'plus it' on our simulations, beta testings, and other topics.

This also made another milestone of crossing over the 40,000 view too!! WOW! Speechless by how you all enjoyed many postings over these few years that I've been writing here.

Posted by Randydorney at 5:51 AM 0 comments

Simulations of the Internet


It's been awhile since I've wrote for the blog.  Though being 'under the weather' with the recent flu virus, I've manage to think something to write about that I thought we be interesting to share to you all.
I'm going to give the title "Simulations of the Internet" by which the topic of simulations websites that came and gone.  As well to new and current simulations websites that I've played and a regular player.

Themagical.nl  : This website came online on December 1, 2000.  Because of this website, many websites started creating their own simulations based on theme parks around the world.

Themagical started out with a small selection with Space Mountain 2, Tower Of Terror, Phantom Mansion and Big Thunder Mountain.  Later in 2007, Who Wants To Be A Millionaire Play It and Expedition Everest was added.

Though upcoming simulation was announced in 2011 was Test Track and in 2012-13 Soarin simulation are both in the works of pre-development.

Disneysims.co.uk (formerly known as 'Disneysims.google.com' and 'Disneysims.blogspot.com') : The launch of the website was around 2005 approx or earlier. Disney Sims was created & operated by Luke Galloway that had flash games to be ride-op of Disney rides.  Before his site went offline, we were  granted permission to upload two of his simulations 'Peter Pan' and 'Mission Space'.  He made quite a collection at the time.

Sadly, they went offline in 2008. But you can search online in google to see some of the simulations. But to warn you in advance, they are quite hard to find online. Good Luck if you do find them!

The date of this website launch isn't known to my knowledge but there's many forum sites on the web shown that this is relatively new in late 2000's.

Ridesims.com (Click here to play.) : New to the Internet world, the creators of "Towers Nerds" website brought a new web sensation to disney simulations fan! They came online January 5, 2012 and brought a nice collection to start off when they launched!

They have brought so many new simulations to date like: Tower Of Terror (Disneyland), Radiator Spring Racers, Star Tours 2.0, Grizzly Run (DL HK), Space Mountain (DL HK) and so much more!

http://www.disneysimulations.fr/ : The date when they came online is not known to my knowledge, but the website forums shows that they were online in the early 2000's. Link here to the forums.

Though they didn't have many simulations that I can think of since its been so long they were online.  This site was dedicated to the Disneyland Paris Resort ride attractions.

I can remember they had an Tower Of Terror, Rock 'N' Roller coaster, Castle Fireworks Display show and Space Mountain 2 simulations.  Another one that didn't make it into a simulation was pretending to be a Cast Member in the Admissions Department. 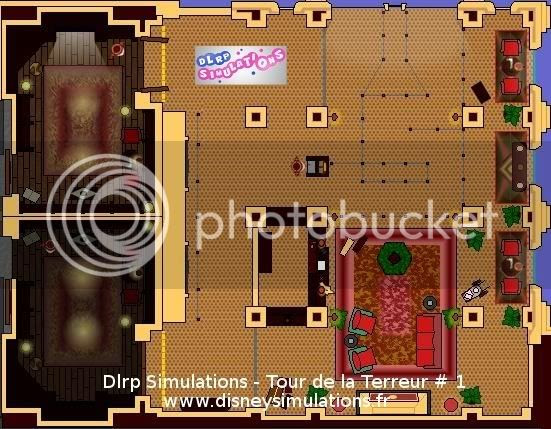 Sadly as well, they went offline in 2007 and there's no way of getting these simulations either.

Virtual Disney.nl : Sadly this website didn't even make it to their own launch date. We've have talked to the creators of the website. They were hoping an launch in 2008 but because of web hosting and domain costs were too high they had to abandon it.

We had some insights of their creations and we're happy to share with you the website and logo design from their simulation site. 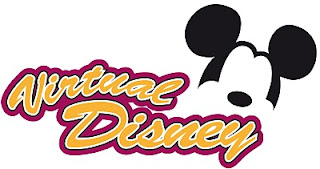 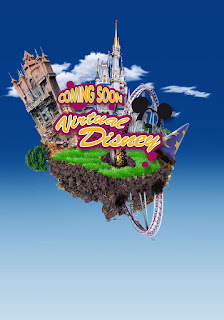 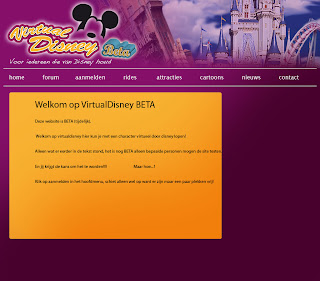 I hope you've enjoyed this small but interesting journey. I know it was fun remembering the websites that was online when I've discovered Themagical.nl in 2006.

We want to thank you our readers and community by making Themagical alive!  We appreciate your feedback and support to make this website fun and magical.

Posted by Randydorney at 5:03 AM 1 comments

Hope you had a great new years eve!

Posted by Randydorney at 3:36 AM 0 comments