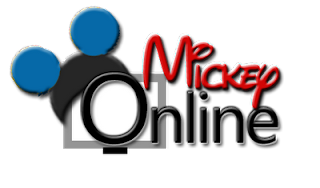 Today I'm going introduce a new website that I think you should check out and possibly join.

Now, this site is so new that you can still smell the fresh paint! Well, I have the honor to write about this website and the owner of this very site is our very user of Themagical's Community: "ZachariMoore".

On with the review:

'MickeyOnline' is the new magical spot in the disney-fan website base where you can follow news updates, important information related to the parks events and so much more!

Forums: Talk disney, talk rides/attractions, and talk everything in between! This is a place where the magic continues to hear your voice heard on many topics. We'd love to see ya there real soon, so be sure to join today!

Photos: This is where you can share your experiences while at disney and as well post a picture of yourself too! Be sure the picture is recommended to the website and not copyrighted photos either. ;) Upload your pictures to the gallery!

Simulations: Coming Soon Summer 2013! Zachari has the determination of creating fun simulations and his passion of being a web developer. So with those two passions coming together will be an awesome sight to see. So stay tuned!

Here's is where you can follow the magic by social media outlets:

I'm so sorry for not making a post due to work and as well family outings this summer. We are having a great time this summer and we hope you are having a safe and enjoyable one as well.

It's that time again that school is around the corner that is about to begin or already has now in the states.

I really dislike when the summer time goes so fast and the winter season goes so terribly slow.
Don't get me wrong, I do enjoy the seasons and winter as well but I love the summer time. I know most of you do too. ^^' (Am I right?)

Well, school session has now began and we hope you all do your best and perform well during this new school session. Study hard, get good grades and when you have free time you can visit us to wind down. ;)

Be safe and enjoy your time during this school year! :)

Last night I had a conversation with Tijn (founder/webmaster/simulation creator of Themagical) via IM and told me the things he was going through this month.

He recently got into a new position at his work place and with that in mind he's working the early shift in favor for his family and wife. Before he was working the nights which was making it harder on him and as well his family too.

So since he's working on the early shift he's been having hardly any time for personal enjoyment like simulation creation work. Which is the case that the Steel Force Simulation hasn't been worked on because of the things Tijn has been dealing with.

We want to make you guys aware that he's really wanting this simulation to be done and as well to move on to other projects like announced this summer disney's Test Track Simulation.

We appreciate your concern and patience for the understanding that Themagical Staff has other things to be taken care of like our work schedule and personal activities that we are doing this summer season.

Towards the end of July, dorneyonline.com has revealed the new website design and as well the new Simulation page that we've been working on since june 09'!

You can view it here: http://www.dorneyonline.com/sims.php

I hope you guys are doing well and keep your eyes pealed for more updates later this year!