Fall is "OFFICIALLY" here! The summer season has now came to a close as leaves are now changing colors, weather getting cooler outside, and fall produce are now ready for harvesting.

As you already know of the progress of the newest FIRST-OF-ITS-Kind HTML5 simulation "Soarin" from the recent postings on our Facebook page from team member Josh:

Quote: "Soarin' update! For the past two months I've been trying to resolve a roadblock I hit in my code related to getting people to sit down in their seats. After a lot of thought and adjustment, I think I have finally resolved the issue. Hopefully this means I can finally start moving forward again!" - Josh (August 19, 2012)

Though no new information about the simulation has arise since then. We've been getting emails about the possible 'beta testing' of this simulation, even though we aren't taking any requests at this time for it.

We'll keep you posted on details on that once we feel its 'beta-ready' to be tested.

We've been in stand-by mode (Blue Sky Phase Development) since the announcement of 'Soarin' simulation development in favor of releasing a faster simulation creation with the new format of HTML5.

We've haven't abandon this simulation nor its progress of this simulation at all. We feel 'Soarin' simulation will
help us stand out from the rest as being the first simulation to be able to play on your portable devices like Android, iOS devices, Gaming Consoles, etc...

Though this new format is a learning curve due to its being a new interactive element that is now being the 'NEW' web standard for interactivity with it not using Adobe's Flash.

We've been recently getting feedback from our community members/readers with our progress on our simulation development.

Here's our responses to them:

Q.) Why has it been taking so LONG for creating an simulation??

A.) Simulation creations usually take about 1 year or 1 1/2 years to develop in general. We do this creation process on our 'free' time in our daily schedules. Based on this, it can slow down or even halt on developments due to work, family, emergencies, etc....

Q.) If it takes so long, hired more people to your team. Can I join the team??

A.) Currently, Josh, Martijn and myself is the entire development team. We don't get paid for our creations nor our time on these developments. Programming in Adobe Flash and/or in HTML5 takes time and as well skill to do these games. We look for people who have STRONG knowledge of these programs so that we can make this development process fast but still have the quality of detail in each simulation we create. We aren't currently looking to add to our team at this time.

Q.) Don't you guys get paid for these simulations or a company that can endorsed you guys?

Thank you again for reading this post! We are sad that summer came by so fast again another season but there's always next season!

Have a great fall season!

I'm writing you today with deep heaviness as I recall the memories of September 11, 2001 and that faithful day to know where I was at, what I was doing and how I remember myself stunned in disbelief of what I was seeing on TV and internet.

Each year, I still never forget that day how America was attacked by Terrorist who hijacked commercial airlines to use as weapons to kill over 3,000 innocent people.

This Tuesday September 11, 2012 marks the 11th anniversary of 9/11/2001 and from this we are seeing America still coping of the wounds of how America came together by helping one another and prayer of how our faith in God in time of need.

As yesterday afternoon hearing about creditable possible imminent attacks of the Anniversary of 9/11 , we in America are stepping up to stop this from happening and making sure of our surrounding areas of suspicious activity of possible terrorist attack.

It grieves my heart to see the stories on TV and internet and as well seeing the movies that came out in relation to 9/11 like 'United 93' movie for example. Still a piece of history that all Americans and people around the world won't forget what happened to the United States that day.

To recall that faithful day and read other stories of that day and how years later saw hope and healing. Please visit: http://news.yahoo.com/september-11-anniversary/

From behalf of Themagical Staff, we remember those who helped to save people that day, those who lost their lives and the families who lost their love ones. Our prayers and support goes out to you and thank you to the law officials and firefighters who supported the people in time of need during that terrible day in America History. 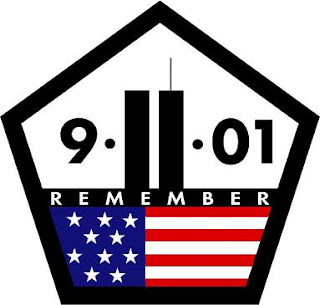 Posted by Randydorney at 11:57 PM 0 comments

Email ThisBlogThis!Share to TwitterShare to FacebookShare to Pinterest
Labels: 2001, 9/11/01, September 11

Happy Labor Day (US Readers) Everyone!

Here in the United States we are celebrating the holiday "Labor Day" today (09.03.2012). This is right before school starts in most of the country, but some schools may have already returned to school before this holiday break.

What is Labor Day? *Labor Day, the first Monday in September, is a creation of the labor movement and is dedicated to the social and economic achievements of American workers. It constitutes a yearly national tribute to the contributions workers have made to the strength, prosperity, and well-being of our country. *1

*The form that the observance and celebration of Labor Day should take was outlined in the first proposal of the holiday — a street parade to exhibit to the public "the strength and esprit de corps of the trade and labor organizations" of the community, followed by a festival for the recreation and amusement of the workers and their families. This became the pattern for the celebrations of Labor Day. Speeches by prominent men and women were introduced later, as more emphasis was placed upon the economic and civic significance of the holiday. Still later, by a resolution of the American Federation of Labor convention of 1909, the Sunday preceding Labor Day was adopted as Labor Sunday and dedicated to the spiritual and educational aspects of the labor movement.
The character of the Labor Day celebration has undergone a change in recent years, especially in large industrial centers where mass displays and huge parades have proved a problem. This change, however, is more a shift in emphasis and medium of expression. Labor Day addresses by leading union officials, industrialists, educators, clerics and government officials are given wide coverage in newspapers, radio, and television.
The vital force of labor added materially to the highest standard of living and the greatest production the world has ever known and has brought us closer to the realization of our traditional ideals of economic and political democracy. It is appropriate, therefore, that the nation pay tribute on Labor Day to the creator of so much of the nation's strength, freedom, and leadership — the American worker. *1

We hope everybody celebrating "Labor Day" in the states, please be safe and drive carefully.

Posted by Randydorney at 8:05 PM 0 comments