Saving Mr Banks: A MUST SEE 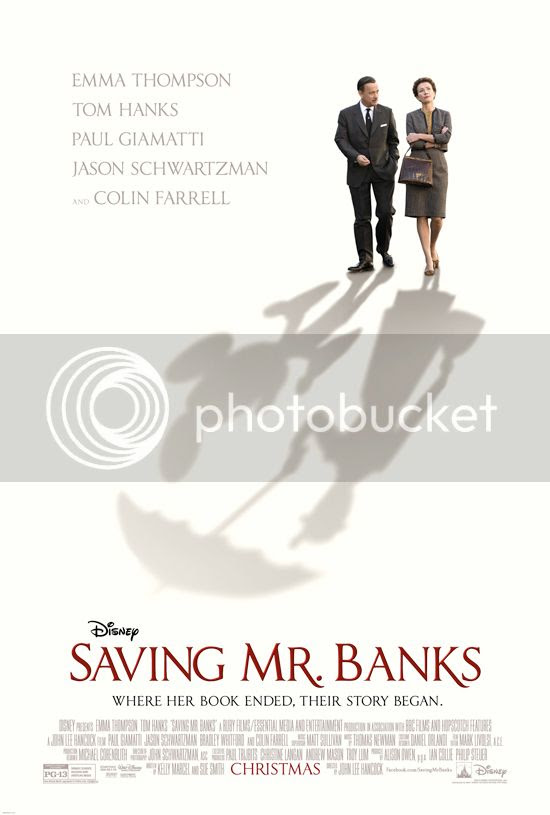 Here's a movie that's 'A MUST SEE' for all Disney fans and fans of Walt Disney's Mary Poppins movie.

Here's the telling of the untold story how Walt Disney was able to get the rights from the author who wrote 'Mary Poppins'.

Not only getting the rights but as well a very picky and demanding author who wanted to keep the integrity of the story about the real life person 'Mary Poppins' that impacted the author's life.

It will be releasing this Christmas 2013 !  If you haven't seen the trailer, I would recommend watching it!

Posted by Randydorney at 3:52 AM 0 comments

We are very happy of the great and wonderful news to the Royal couple!  Happy to know that Princess Kate is doing well after the birth of the royal baby boy.

Even major corporations joined with the celebration!  We'll start off at Walt Disney World. In Epcot, UK pavilion made the announcement on the pavement.

What's nothing like 'earning your FIRST ears' at a Disney Parks in celebration?

It's nice to celebrate with a drink to toast to the new couple, in Coca-Cola style.

Of course there's has to be some humor of all. No disrespect of the 'Royal Couple & Family' of course.  A little Disney humor.


(UPDATE 07-25-2013: The royal baby boy name is: George Alexander Louis ! The official title is: Prince George of Cambridge. Source: http://abcnews.go.com/Entertainment/kate-middleton-prince-william-baby-george-alexander-louis/story?id=19742510)
Posted by Randydorney at 4:18 AM 0 comments

It's been awhile since there's been new postings, thank you for your patience for waiting for new content.

So since schools are now out of sessions and most of you guys and gals are now enjoying your summer break before going back to school in August/September months.

For those outside the country readers, Independence Day (July 4th) honors the birthday of the United States of America and the adoption of the Declaration of Independence on July 4, 1776. It's a day of picnics and patriotic parades, a night of concerts and fireworks, and a reason to fly the American flag.

Not only that but its the History where here in America we bare the freedom of independence as the founder fathers of our great nation wrote down so that all of those living in past, present and future can enjoy this.

Hope you have a safe summer! Be safe and be sure to wear a lot SFP ( Sun Factor Protection ) while in the hot summer sun.

Posted by Randydorney at 5:26 AM 0 comments