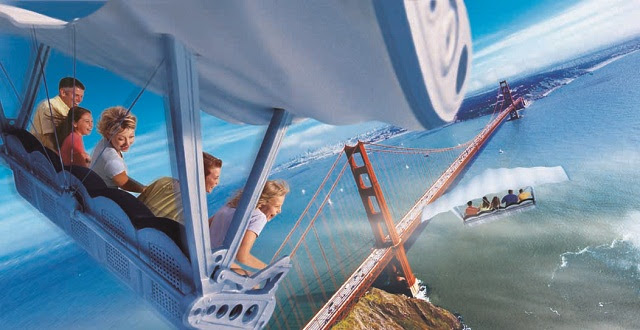 If you can recall or those who visit during the celebration of 'Happiest Celebration on Earth' promotion.  During this special event, Walt Disney World brought a special attraction that was from the Disney's California Adventure Park  called 'Soarin' over California (which opened in February 8, 2001).

Opening in May 5, 2005, Walt Disney World got a similar attraction as well and called it "Soarin'".  The current ride takes guests high above on a special glider that visited  several scenes in California, including the Golden Gate Bridge, Napa Valley, and Disneyland Park.  And if you looked closely and fast enough to see a 'hidden mickey' in part of the film too!

From several years ago, rumors were circulating about a 'possible' updated movie and new enhancements to the aged attraction.  Plans did went dim when other projects got green-lit as the parks were trying to bring more guests to its parks due to the competition of Universal Orlando's Harry Potter theme land attraction. 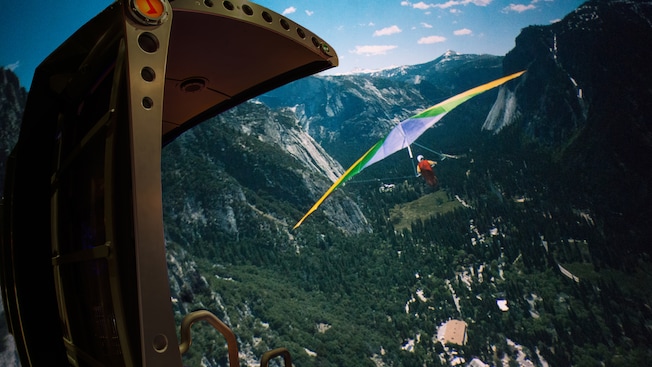 Disney Fan site named "Disney and more", wrote back in July 2013 about a possible 'updated screens to HD 4K to 8K at both attractions to Disney California Adventure and Walt Disney World.'  Also in the post mentioned about 'possible' places where the new film could be showing.  Read more about the article here! Click here. 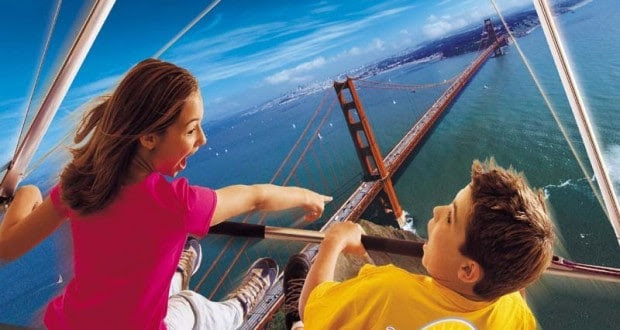 As of Monday  October 19, 2015 , Disney FINALLY approved the long-waited, long rumored updated/expanded attraction to its beloved attraction...Soarin' .  Soarin' at Walt Disney World will be closing on January 4, 2016. (Source: DisneyParks.com)

The upgrades will include a 3rd theater to be built and upgrades to existing theaters.  This new added theater will help out on cutting down the line wait. New projection systems and a new film will added. The new film is called "Soarin Around The World."
Soarin’ Around the World is set to open in 2016. Although no exact date has been given, Erin Glover of Disney Parks Blog has confirmed that the makeover of the popular ride will take place both at Walt Disney World in Florida and at Disneyland Resort in California. The updated version will feature new digital screens and projection systems. It will use the same technology as the planned Soaring Over the Horizon ride at Shanghai Disney Resort.
With Soarin’ Around the World, guests will fly over both natural and man-made attractions such as The Great Wall of China and the plains of Africa. There is no word on how long the new film will be. The updated ride will totally replace the current film, guests will not be able to choose the California version. There has been no announcement on what music will accompany the new film. (Source: Disneydinning.com)

What are your thoughts about this?  You can play our 'current' version of Soarin over at Themagical.nl ! ;)  Click here to play!
Posted by Randydorney at 8:56 PM 0 comments

Welcome to the month of October!  Here in the United States, we are experiencing the changes of the seasons.  From the summer hot sun to cool cold crisp air, the changes of tree leaves from green to reddish orange.

This time of season also have the fall harvest of all types of pumpkins, squashes, and apples!  Hot apple cider, hot chocolate and fuzzy sweaters to keep us warm while enjoy the cool crisp air.

Also its a big event where many children dresses up (and adults too) in fun and festive costumes for Halloween.  Nice and enjoyable parties and as well the night time spooky scary haunted places at amusement parks before they close for the season.

The team here at Themagical wishes you a 'Happy Halloween' and enjoyable October season!

Many of our community gamers over at Themagical love the experience of playing the simulations.  At times there may be a bug or an unexpected disruption to the 'magic' while playing a particular simulation.

Martijn (Founder/Webmaster/Simulation Creator) has been busy updating and fixing some of bug issues to few simulations.  In his free spare time this month, he was able to fix/updated/tweaked of some of your issues in relation to bug glitches and game performance.

Below are some simulations that were updated.

Few of our members message on our forums with an issue with some of the 'elevators', 'guests', and other bug related issues.

Did you find any issues in these games or other simulation games?  Voice your issues or comments to our simulation forums pages.