Hey Everyone!We are celebrating today here in the "States" have the national holiday of Thanksgiving!Ah...the second best time of the year to come together with family and friends over a delicious hot juicy turkey and all the fixings. I know this is my favorite time of holiday to enjoy delicious food and fellowship.Even getting together for a meal is wonderful to enjoy and celebrate as one. Where ever you are at right now, think of things that you are thankful for this year. It's great to reflect on these things and as well to find ways to help others in need. Maybe even volunteering at a local soup kitchen to feed the homeless this holiday season and many other ways to help families who are in need of help to provide a hot meal this holiday and as well daily life.As the following day after thanksgiving, is a season where everybody goes shopping like a mad crazy person. This is known where stores around the nation sells items for real less prices and as well make great deals for certain hours of the day! This is called "Black Friday".

Black Friday is a term where the day after thanksgiving, people will go to the stores very early early in the morning around 1am or so to buy items that are hot ticket items. Local stores like Best Buy, Walmart, Sears, etc... will sell certain products the night of black Friday, people who stand for hours before the store close, just to be the first one to get hands on a hot selling product. People usually shop for Christmas deals already and finding prices that they can afford since we are all still in the economy is weak. So hopefully, more revenue will help stores and as well the people who work there make a decent pay check this season.

A fun interview recap awhile back in 2009 with no other than Martijn Leseman (Founder/Webmaster of Themagical/Simulation Creator) !

For all of those who are visiting us here and as well who are members from the "States", the staff of 'Themagical' team wishes you and your families to have a safe and enjoyable thanksgiving day!Until then!Reighard

Posted by Randydorney at 10:31 PM 0 comments

**Out Of Loop Article: Usually I don't post often about terrible tragedies, but this one brings a heavy heart to write about which occurred on this past Friday November 13, 2015.** 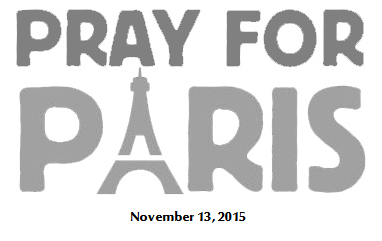 On Friday November 13, 2015 , was any ordinary day where many french folks were enjoying the start of the weekend.  A time where they went out to visit a cafe place to have a drink with a friend, listening to a rock concert , or even a special landmark just to relax after a long work week.

All of that is about to change in a instant!  Terrorism is what was caused of terror, fear, and death of innocent victims who got shot at random at these different locations simultaneously on that day.

Dozens of injured and over 129 have died from this incident.  Including an American girl student who was studying on design while in France, and a young London man who worked as a lawyer. Victims of some of the people are listed here. 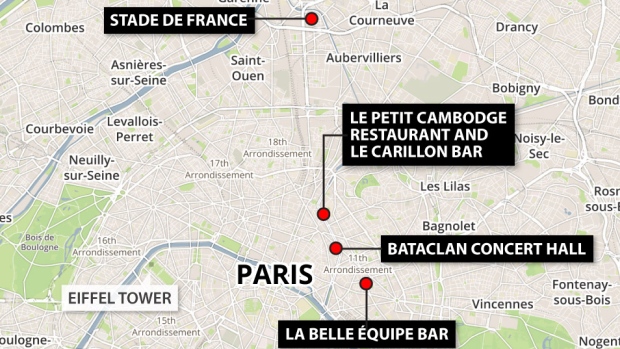 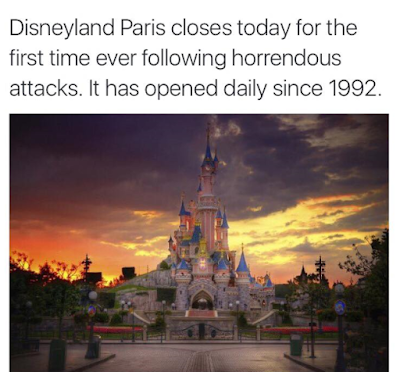 Due to this tragic event took place, Disneyland Paris resort closed on that day and announced they will be closed until November 17, 2015.

This is the 'FIRST TIME' that Disneyland Paris closed since opening day in 1992. 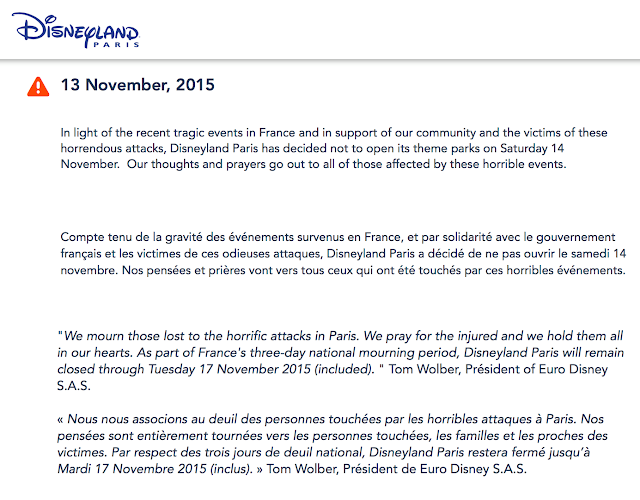 A message from Bob Iger, in French and English:

"On behalf of all Disneyland Paris employees and as everywhere in France, our thoughts are with the innocent victims of this horrible terrorist attack. We join our prayers to those around the world for the victims, their families and friends - and to all those affected by this monstrous act.  "Bob Iger, chairman and CEO of The Walt Disney Company. 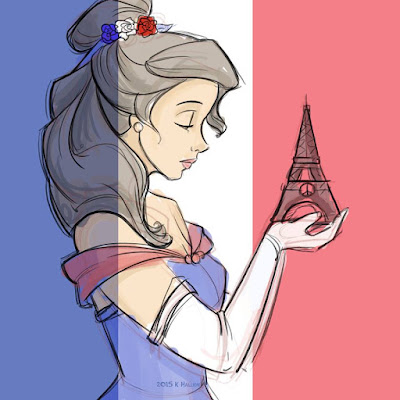 Over at the Epcot Park in Walt Disney World Resort Florida many park guests were bringing flowers and memorial cards in the France Pavilion due to the incident that took place on Friday November 13. 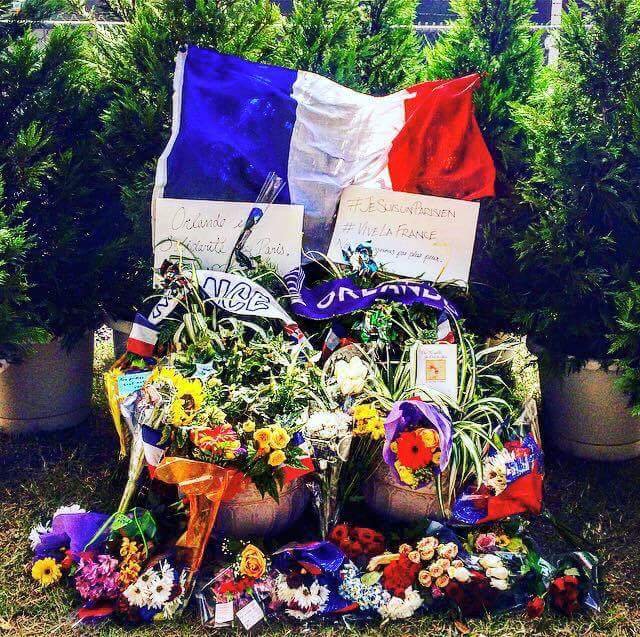 Disney France CMs (Cast Members) made a decision to display all flowers, memorial cards, etc... in a private back stage area where CMs could pay their respect when they were off the stage.

When terrorism attacked the United States, the French responded as well in our time of need. 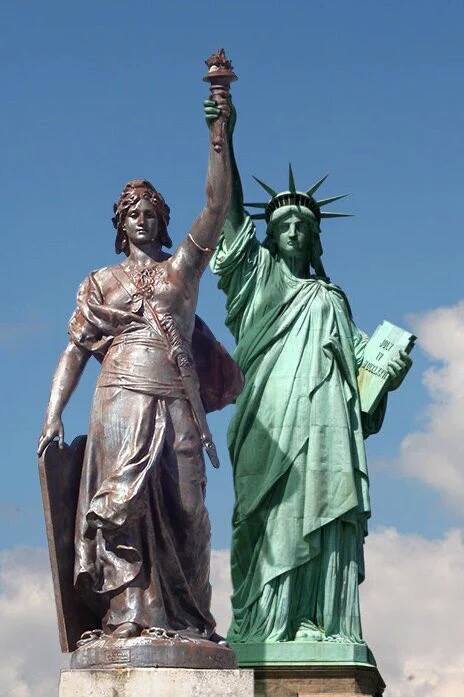 Themagical Staff thoughts, prayers, and sympathy of the victim families during this tragic tragedy.

If you can support those in need over in Paris, you can donate to the International Red Cross here:  http://www.ifrc.org/en/get-involved/donate/

Posted by Randydorney at 7:27 PM 0 comments