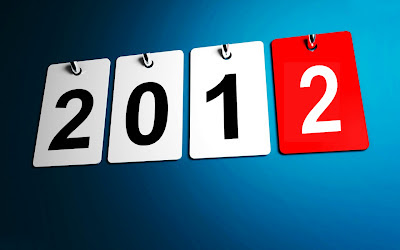 Hope you enjoyed your holiday festivities and holiday foods as well!  Themagical Team are taking a short break to be with our families during this holiday season. Don't worry, we'll be starting back up again with our current (and upcoming projects).

Let's start off with our review of our greatest milestones of the 2012 year! 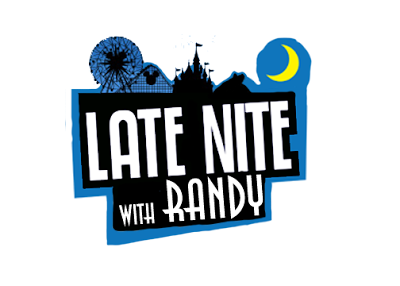 A new radio show premiere was launch with Magic 24.7 on Live 365.com . With the new partnership came along a new connection with the mix was "Dapsmagic.com".

Mr. Daps and Johnny 5 created the show's theme intro and outro. Along other sound bits segments as well to make a complete show experience.

Sadly, the show ended prematurely in February but there's talks with Dapsmagic.com of the show returning to the air waves. More details will be coming later of possible next year 2013! (Previous show only aired 15 shows total.) 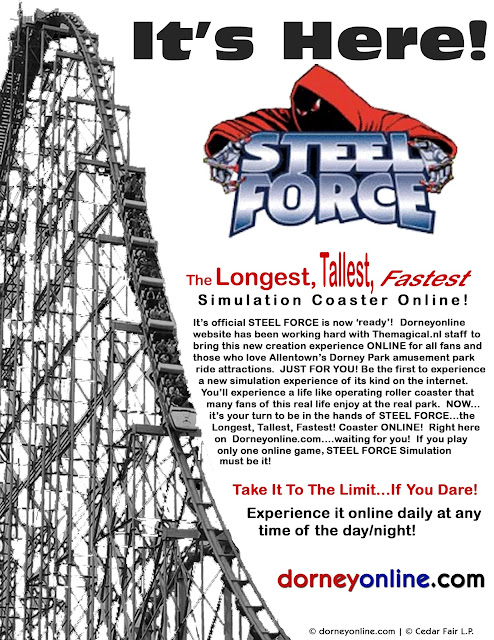 The longest wait for a simulation to be released! But in the long run, Steel Force Simulation was finally revealed to the general public on 'Dorneyonline.com' website.

Of course, the simulation got great rave reviews from community members and as well a nod from the officials over at Dorney Park Operational Staff too!

Here's some quotes of some members from dorneyonline.com saying about the simulation:


- "The simulator turned out great, it is really fun to play." -Yoshi


-"That was actually fun! Thanks for the hard work you guys put into that!" - HK36

With the great partnership along side dorneyonline.com & Themagical.nl , Mike over at Newsplusnotes.com helped us too with providing extra details of the ride too. We both appreciate his time over the summer by providing materials during his visits to the local amusement park: Dorney Park & Wildwater Kingdom.

Talk about time flying by to lose track of the years its been since I've started blogging for Themagical's website. It's been an interesting 4 years of blogging I must say since many readers around the world read this to see what's cooking up at Themagical website.
May 1, 2009 is when this blog went LIVE for the first time. The purpose of the blog was to bring the latest sneak peeks of the latest projects we are working on at Themagical.  From that it helps us show our readers what's it takes to bring a simulation to life and how's its made.
The vision of the blog is basically I had in mind is to bring 'relevant news, important updates, behind the scenes look, beta testings, and as well readers feedback'.  I can say that I've been pushing out posts on what's hot and as well on the time schedule that I can write when I'm free from my busy work schedule.

Not only writing has made me to be open-communication on the internet with our readers, it has also made us to bring a faster way to bring new content: NEW PROJECTS!

From keeping the magic continuing for the site and community to enjoy new stuff was to bring fun and exciting new projects for Themagical.

This allows to share our excitement to our devoted followers and readers of the blog to also be excited as well! From this helped us to bring more energy to the site and as well opening new opportunities partnership as well!

I was happy to share with you guys the news with a close friend of Themagical Team to give us some insight on his latest projects and as well get to know who makes them.

We got John Burton (aka ImagineerJohn as most of you know of him as) who is the founder of 'Ride Sims' website and as well a user of our community at Themagical.

We are happy to give you this nice special interview with John for our readers and community to enjoy!

We want to say "Thank You" to John Burton for taking his time getting back to us with this small interview for our readers to enjoy.
You can read it's entirety by clicking here!

The 4 month passed by without hardly any news or postings to report on the blog. Though, we kept on giving you the latest updates on the current HTML5 FIRST EVER SIMULATION OF IT'S KIND!

Josh has been working his tail off by whatever free time he had during this summer/fall season. The work he has put into this simulation is completely mind blowing to put into perspective of future upcoming simulations/major possible projects.

This pushes the envelop of creativity where not only you will be playing "FIRST OF IT'S KIND SIMULATION" online but this will reach out to more audience who uses smartphone devices mobility.

Below is a recap of the status updates that Josh posted on the progress of Soarin:

"Soarin' update! For the past two months I've been trying to resolve a roadblock I hit in my code related to getting people to sit down in their seats. After a lot of thought and adjustment, I think I have finally resolved the issue. Hopefully this means I can finally start moving forward again!" - Josh (August 19, 2012)

"It should work on iOS, but I don't have an iOS device to test with. I do have a Windows 8 virtual machine though. Once we start getting ready for beta testing we will be looking for people who have as many different browsers available to test as possible. " - Josh (October 5, 2012)

"Code for audio playback (background music and sound effects) is complete, and finally working on Firefox. Running the sim (queuing a peep, loading, preshow, and the ride) are all finished. Currently I am working on fixing a performance issue with the peep engine, simplifying code and adding the ride "break downs". The good news is after some initial testing on my two year old Android phone, the performance of this version of the sim is much improved. I shouldn't have to "reboot" the code any more." - Josh (October 31, 2012)

"I last mentioned a few weeks ago that I was working to fix a bug in Soarin's peep/visitor code. As usual, this has turned into a complex task. The good news is that the updated peep engine should be extremely flexible and intelligent. In fact, it could easily be useful not only in future ride sims, but also much bigger projects, like a whole park for example. I have a pretty big idea brewing for the future, and all the code I write for Soarin' is done with the future in mind. This is why it is so important for me to get it all right the first time." - Josh (November 1, 2012)

Should Work with: (*Still in 'Beta Phase, testing results will confirm which will work properly.)


*Here's Josh in his own words from the creation of this simulation and how he brought a high popular ride to the online world:

"As the first HTML5 simulation, there was a steep learning curve to find the best ways to make the sim work. The end result should be something that will run great on whatever device you may be using." - Josh Stauffer 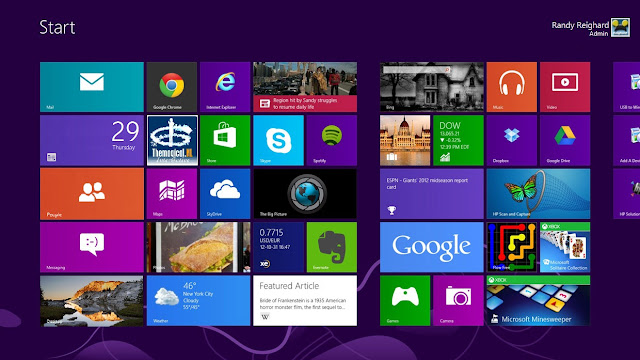 We feel that from this first of its kind HTML5 simulation, this will not only put us on the map of having this kind of interactivity but to help usher new and faster simulation content to Themagical.nl and Dorneyonline.com respectively.


From the development of Josh, this will bring newer content and interactive to all type of devices! This type could bring not only to PC's but to smartphones as well.  Even by developing expanded code to allow larger projects into the future under one roof!
You can read more of the posting by clicking here.

The DAPs Network is a collection of websites that have joined together to promote a positive, family friendly, network of websites.
DAPs Network Mission Statement: To be a network family friendly website offering positive information, news, and activities  promoting mutual respect to all who visit member websites.

We both feel that we are these things mentioned above and as well this will not only bring traffic to both websites, but to bring our networks together in a way both communities benefit.

You can check them out at: http://www.dapsmagic.com/

Though this may have been the 'slowest' blog writings I've ever writing other than counting the first year of posting.

Since the simulation developments have been slow pace, I'm hoping to bring more newer content as the upcoming year arrives.  I know I'm eager to announce when we'll be beta testing for Soarin & as well other newer projects.

The staff at Themagical thanks you for your continual support by reading our posts and playing our simulations. Your kind emails helps us through your encouragements and feedback by what we can do better overall at Themagical.

We couldn't do this without you!  I personally want to thank you all for reading!

Have a blessed and healthy new year 2013! It's been a busy few months for us over at Themagical.  We are preparing the many updates on HTML5 Soarin simulation and as well other projects on the side.

I know many of you are asking on how's it going on the progress of the simulation and as well on the beta release date.  Just keep in mind that we are developing this on our free time in our daily schedules, so progress will be slow at times. Don't worry, we are still on track though!

As it gets closer to the busies week of the year in the US, Themagical Team will be taking a short holiday break to be with our families and as well to rest up from our busy work week.

Thank you for your support and cooperation with us! We value you our community for your feedback and emails of encouragements.

Themagical Team wishes you a safe and healthy holiday's and a Merry Christmas!

Posted by Randydorney at 4:36 AM 0 comments

My aching heart is sending up constant prayers tonight for the students, teachers, and families of those at Sandy Hook Elementary School. I cannot even imagine the bravery that was shown by the sweet little babies and their fabulous leaders.

Hug your little ones a little tighter tonight. 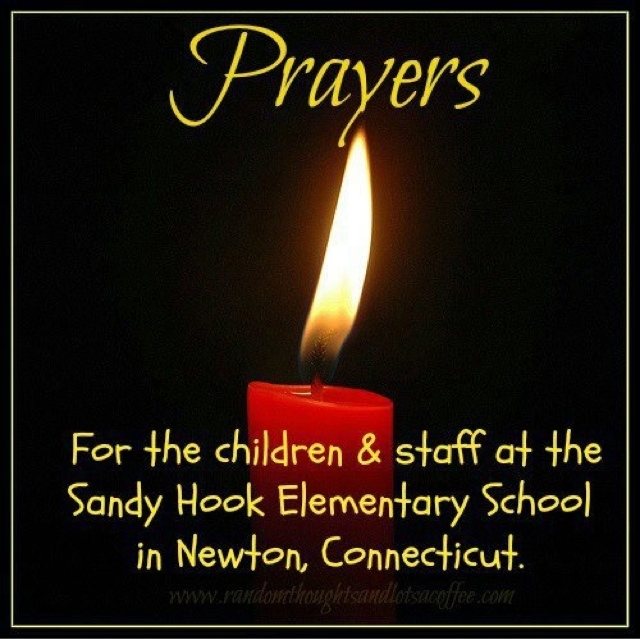 Posted by Randydorney at 3:53 AM 0 comments